One more feather in CASP cap

CASP, President and also Former Director of ISRO Prof. Pramod Kale shared dialogue on ISRO satellite launch on TV 9 Channel. Shri Pramod Kale had worked with the Indian Space Research Organization for over 32 years and retired as Director, Space Application Center in Ahmedabad, and as Director of Vikram Sarabhai Space Center, Thiruvanathapuram in 1994. He started participating as advisor for CASP in 1999 and later on became trustee & Vice President. He is President, CASP since September 2011. He has been working in the field of Community Education and Development for a very long time. He has been honored with Padmashree in 1984 and Aryabhatta Award in 2006 of the Astronautical Society of India. 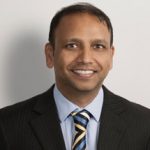 Nitin Naik – A Champion of CASP – with a true heart of GOLD! You sure deserve the recognition for the selfless service you have been rendering to the cause of numerous underprivileged children in India deserves all the recognition it can get!
He has been a sponsor since 2005 when he began by sponsoring 2 children. Over the years with his continuous support today a total of 158 children are sponsored by him and his friends group. CASP would like to thank him for his noble work in helping CASP build a secured future for these children.

God bless your Heart of GOLD – and We are sure that children will include you in their prayers everyday!

Students of Pandurang Vidyalaya, Mulund (Mumbabi) enacted in a Short Film on Swachh Bharat Mission, which has been shot by Plan India under School Improvement Program.

The CASP Plan project- School Improvement Program (SIP) aims to promote a child friendly learning environment in Government Aided Schools for children from underprivileged communities and with special needs. The project is to help four Schools to develop required infrastructure necessary for joyful learning and also promote school based mechanisms, like strengthening Children’s Clubs and SMCs, to ensure its proper utilization and maintenance. The project is also focusing on increasing awareness among Children and Parents along with community to empower them to attain the Right to Education.”

Padurang Vidyalaya is one among 4 schools selected for School Improvement Program.